Alexa is a voice-controlled virtual assistant that can keep users’ organised, informed, connected, and entertained. Based in the cloud, Alexa can be accessed through a growing number of smart speakers and other enabled devices.

Our Alexa offering can surface data from your CRM or back-office system which can be programmed and tailored to your exact requirements.

By using Artificial Intelligence (AL), we can develop solutions and skills for Alexa to provide decision-making features and recommendations. The software can collect data from relevant industries and markets – allowing you to stay ahead by constantly making improvements to your business.

An example of a skill that is used on a daily basis with Alexa would be the Custom Alexa Skill Commmunication. Upon activating the skill, the user is able to send other voice commands, or speech requests, to the skill.

Communication within the Custom Alexa Skill

The Alexa skill consists of two main components: the skill interface and the skill service.

The skill interface processes the user's speech requests and then maps them to intents within the interaction model. The intents are actions that fulfill the spoken requests from the user. Every intent has at least one utterance, a predefined word, phrase, or sentence which the user might say to invoke the intent. If a specific intent is detected, the skill interface creates a json encoded event, which is passed to the skill service. 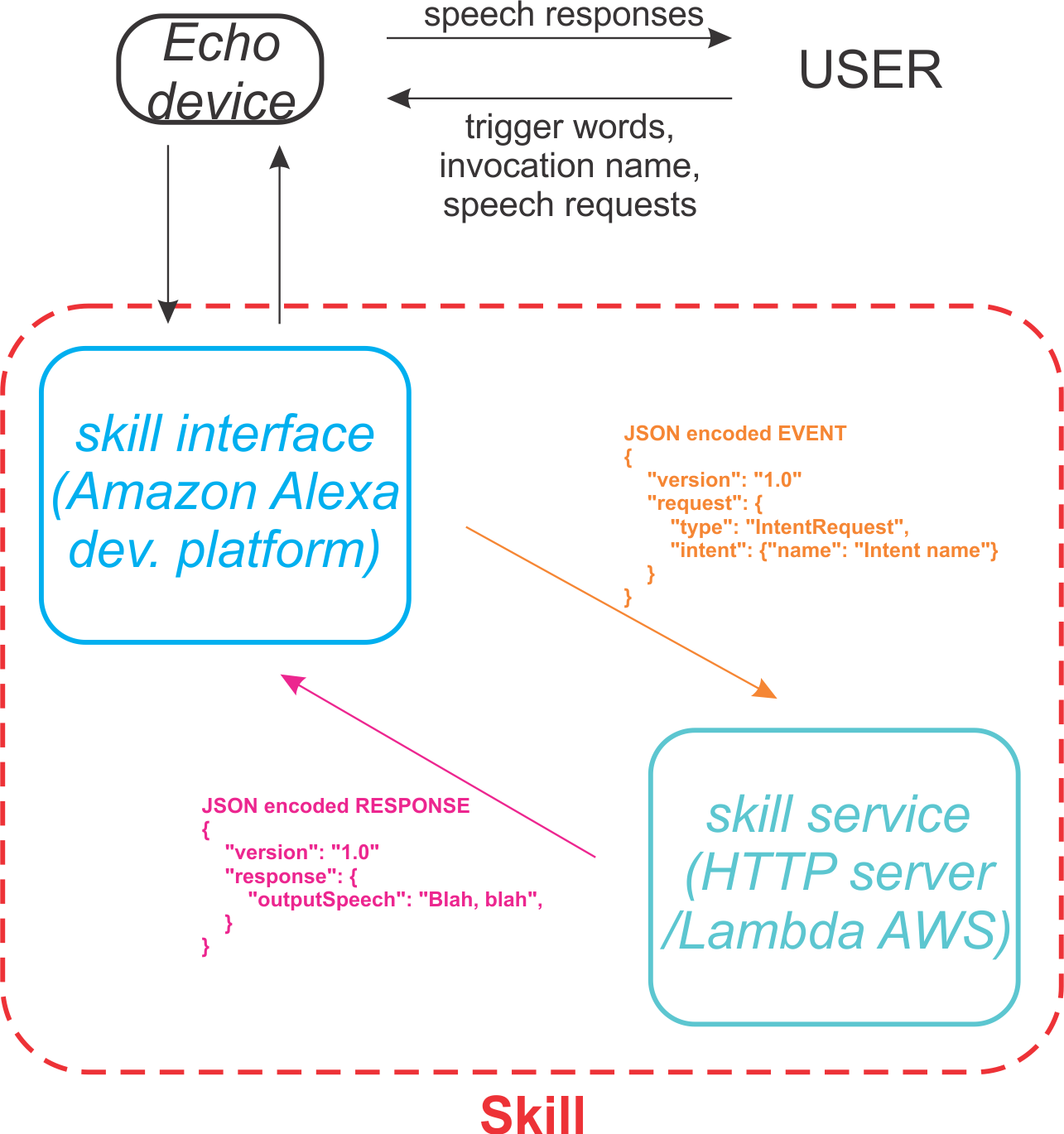 We can develop solutions and skills for Alexa via the Alexa Skills Kit based after in-depth analysis of your needs. Furthermore, using AI (Artificial Intelligence), we can provide decision-making features and recommendations for clients. Data collection from relevant industries and markets allow us to stay ahead by constantly making improvements, allowing us to implement features that can be highly beneficial:

Competition - Gain a competitive advantage in the marketplace

Automation - Automate processes that are manually intensive or laborious

Accessibility - Provide accessible functionality of your business to your end users

Innovation -  Always stay up to date and stand out by creating skills that allow you to be innovative and original.

With our expertise in web development, we can guide you through all the steps of the lifecycle of your Alexa specific Skill. Whether you are interested in idea creation, conception, innovation, interaction design, development, certification or hosting, we can help achieve your goals.